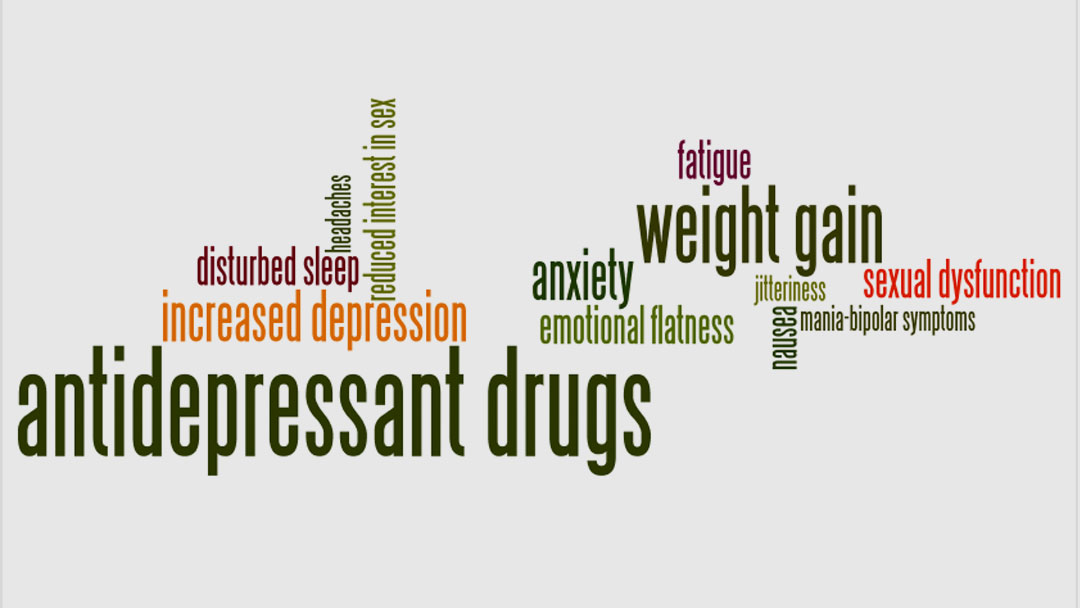 By far the most common adverse effect of SSRI’s is sexual dysfunction. Reduced libido, or the inability to orgasm, or both, afflict up to 75% of those who take antidepressants in the SSRI category (e.g., Prozac, Paxil, Lexapro, Zoloft, Celexa, etc.) In addition, recent studies confirm the impairment of several additional reproductive functions in both men and women. The negative effects on fertility and fetal development can be very serious. And we are not the only victims. Bizarre sexual deformities even plague fish and frogs in waterways where “treated sewage” releases large residues of SSRI’s.

Fortunately, sexual dysfunction along with other SSRI side effects, may be easily eliminated for most SSRI users, by adopting a simple alternative strategy. This strategy is one that the author’s clinic has developed and found to be more effective than SSRIs use in over 90% of its depressed or anxious clients. That strategy directly and naturally supports the brain’s efforts to produce it’s own powerful natural antidepressant–serotonin. It works by providing the single nutrient that the brain needs to make serotonin. This critical nutrient, hard to find except in high protein diets, is available as a dietary supplement in every health food store in the U.S. It is an amino acid, one of the nine essential constituents of protein, called tryptophan. As a supplement it comes in two forms: 5HTP (5-hydroxytryptophan) and l-tryptophan. For most people, these two forms are equally effective in eliminating the depression, anxiety, irritability, and insomnia associated with low-serotonin. They typically take effect within a few hours.

Studies cited in The Mood Cure comparing these two serotonin-generating amino acids with SSRIs, have found that they quickly provide equal or better antidepressant benefits, but no sexual (and very few other) side effects. In fact, 5HTP had fewer side effects than the placebo in one study!

This alternative antidepressant strategy also includes meals rich in concentrated protein, (eggs, fish, poultry, cottage cheese, meat etc) consumed no less than three times a day, along with fresh vegetables, fruits, and whole carbs (like beans and grains), as needed. Regular, moderate exercise and plenty of bright (preferably outdoor) light should be added and caffeine, a serotonin antagonist, should be subtracted. After a few months (it varies) the amino acid supplements are no longer needed on a regular basis. See the page on withdrawal protocols for details and read the The Mood Cure for the complete picture.