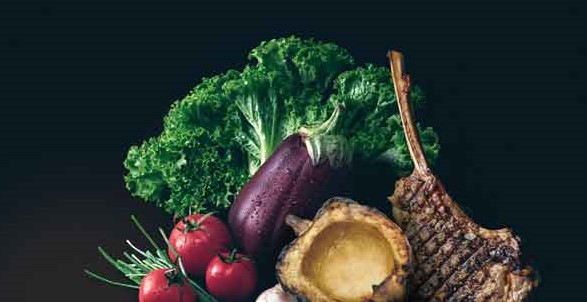 RED MEAT EXONERATED! Red meat has been a staple of the human diet worldwide for at least 2 million years; long before cancer or any other degenerative diseases became common place. What prompted so many health advocacy groups, including anti-cancer groups like the World Health Organization’s, to insist that red meat was carcinogenic in the first place? Let’s look at the historical record: Cancer incidence has only risen since we cut our intake of red meat to in the past 50 years. Why did we cut back? Increased carb/sugar consumption and the advent of heart disease fears (now known to be unfounded), interest in vegetarianism, and concerns about population growth (Diet For a Small Planet). See Chapter 3 “The Disaster Decade” in The Craving Cure for more on these dietary shifts. Finally, a very large and thorough research review has been published, that clears fresh red meat, and even processed meats, of all charges. An excellent summary by NY Times science, medicine, and diet expert, Gina Kolata, starts this way   “Public health officials for years have urged Americans to limit consumption of red meat and processed meats because of concerns that these foods are linked to heart disease, cancer and other ills. But on Monday, in a remarkable turnabout, an international collaboration of researchers produced a series of analyses concluding that the advice, a bedrock of almost all dietary guidelines, is not backed by good scientific evidence.” Here’s more on the new study’s authors and the magnitude of their work. The “anti-meat dietary “guidelines are based on papers that presumably say there is evidence for what they say, and there isn’t,” said Dr. Dennis Bier, director of the Children’s Nutrition Research Center at Baylor College of Medicine in Houston and past editor of the American Journal of Clinical Nutrition.” “To assess deaths from any cause, the group reviewed 61 articles reporting on 55 populations, with more than 4 million participants. The researchers also looked at randomized trials linking red meat to cancer and heart disease (there are very few), as well as 73 articles that examined links between red meat and cancer incidence and mortality.” The Response? The diet “experts,” who have been irresponsibly advocating a vegetarian diet for health are heaping tremendous abuse and making threats because of the tremendous humiliation that this study’s conclusion is exposing them to. But we must thank the authors of the new study and bless their courage for giving us back this ancient and uniquely beneficial source of nourishment; a source widely accepted as responsible for the extraordinary evolution of the human brain.* What other benefits does red meat provide? The highly absorbable forms of iron, zinc, and B12, and the generous protein supplied by red meat are known to prevent a number of complaints. (Particularly, if grass-fed, beef’s fat content is also invaluable.) Our vegetarian clients sometimes report experiencing almost immediate improvements in energy and mental function after reintroducing red meat. And their often-chronic iron and B12 deficiency anemias clear up soon after! What about the complaints about red meat being hard to digest? This is typically caused by deficient production of the hydrochloric acid needed in the stomach to break down red meat. It is common, we’ve found, in those with Blood Type A and with those who’ve avoided red meat for a period of time. Our Blood Type A clients (especially if they are vegetarian) typically need to take digestive enzymes with hydrochloric acid (HCI) when they eat red meat. For some, their own HCI production eventually catches up with their increased red meat consumption (red meat stimulates HCI production). We typically suggest an HCI challenge to all to identify the HCI dose needed. Clients with Blood Type 0 typically have no trouble at all resuming red meat consumption. Having the original “Paleolithic” blood type, they are eager for red meat consumption. *Catching Fire by Harvard’s Richard Wrangham is a good source on meat and the brain.