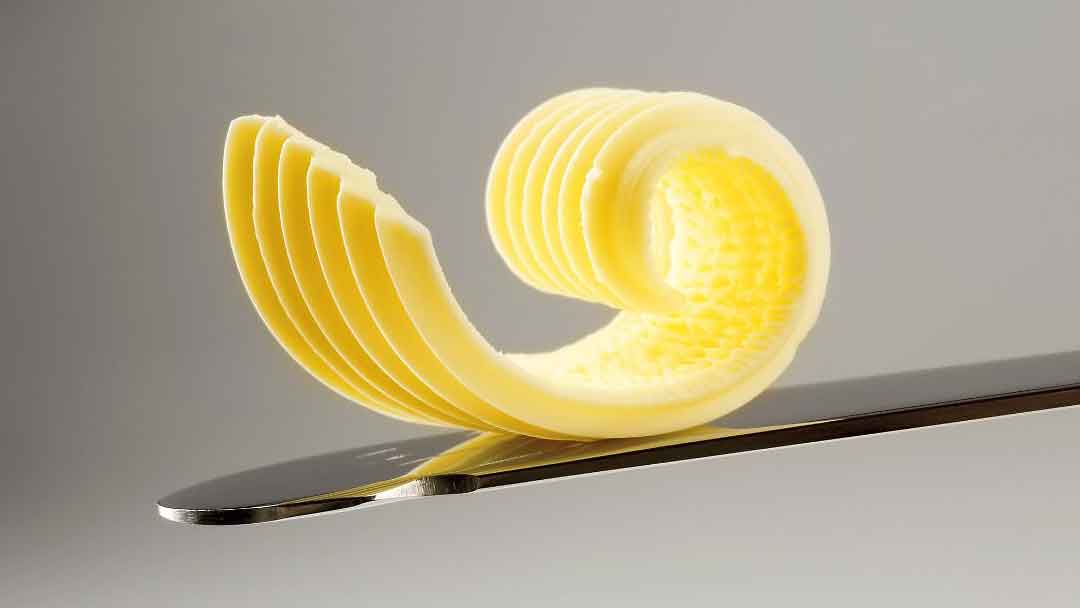 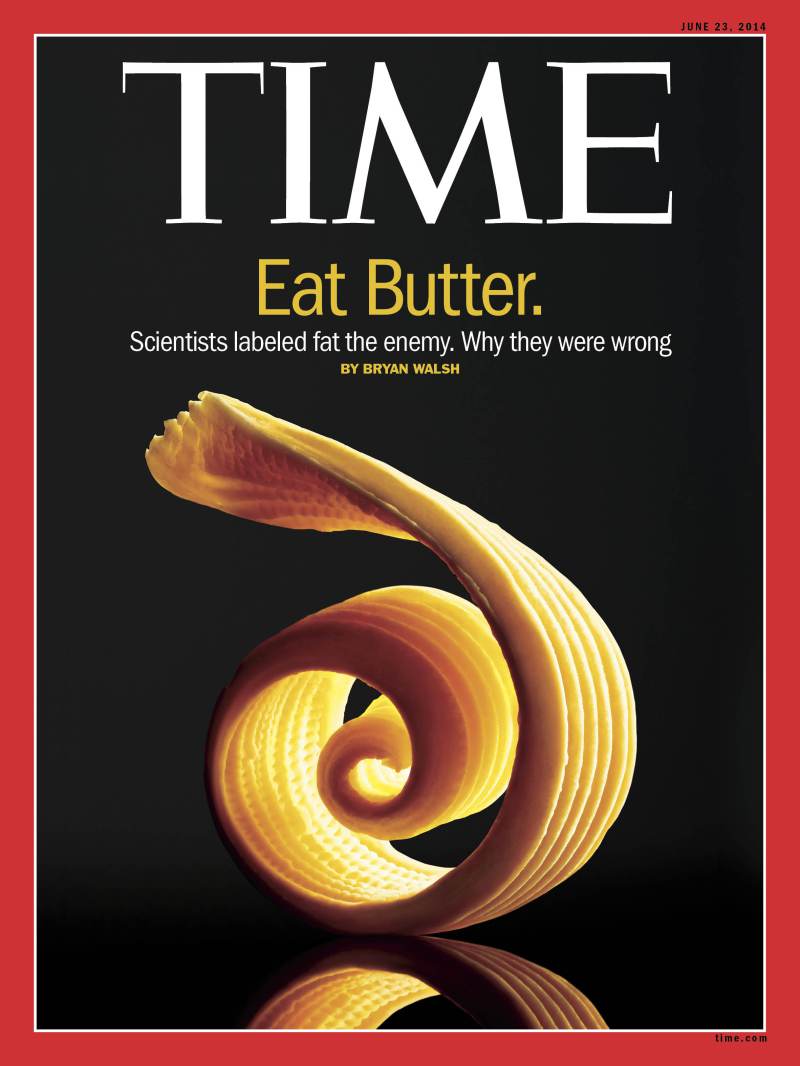 TIME Magazine published Bryan Walsh’s “Ending the War on Fat,” a revolutionary article in its June 23, 2014 issue. If you aren’t a subscriber it is almost impossible to access it, so I’ve posted the content along with my original letter to the editor here.

It’s too bad that Ancel Keys, PhD, father of the fat and calorie phobia, died before he could get a few of his just desserts in Walsh’s Time Magazine piece. In case you missed it, the cover showed a glowing curl of butter under the headline “Eat Butter: Scientists labeled fat the enemy; why they were wrong.” A master of sadism long before he persuaded nutritional science, the American Heart Association, and the public that all of the above were dangerous, and doomed us to decades (we hope it won’t be centuries) of non-fat milk products and the like, Keys presided over the systematic starvation of 39 conscientious objectors and published a two-volume report on the monstrous proceedings (The Biology of Human Starvation). This experiment’s results were so shocking that such studies were outlawed thereafter. But Keys’ obsession with food restriction continues to plague us. He actually advocated that we drop from our traditional 40% fat diet to 25-30%, and sustain our 25-year-old weights for life. (We slowly and naturally gain some weight as we age with no adverse health consequences.) In fact, weight fluctuations are more associated with ill health and poor longevity than this gradual weight gain. See Big Fat Lies by David Gillespie, exercise-physiology professor.

Now we have wholesale fat- and calorie-starvation practiced by unsuspecting adults and children worldwide, supervised by everyone from Jenny Craig to the local overweight doc. We even have alternative health celebrities now advocating starvation in the names of “cleansing“, “detoxing”, “longevity,” and, of course, “slimming,” with no scientific backing at all and despite regularly published studies showing that “dieting” doesn’t work!

Even at the end, Ancel was continuing to shamelessly advocate for his Mediterranean Diet, pretending that the Cretans never ate their goats’ meat or feta cheese, and ignoring France’s famous full-fat cuisines. He was strangely silent, however, regarding the science that poured in during the 90s proving incontrovertibly that the trans fats he’d ignored (though they were introduced at the same time that heart disease rates suddenly went up) were actually contributing to our heart disease epidemic. Note: These studies specifically exonerated saturated fats as the cause of our epidemic of cardiovascular disease.

Or should we try to expose the FDA to some justice? Perhaps you, like so many, suspect that the F in FDA stands for “farmaceuticals.” We certainly never hear any concern from them about the toxic, not to say lethal, contents of the “food” products peddled so profitably by their pals in the food industry. Even after their own ex-chief, David Kessler, wrote his bestselling expose, The End of Overeating, there was no action by the FDA. He himself made no waves while in office, that I know of…

How can justice be done to the thousands of perpetrators in the processed food and restaurant industries? In a word, “SUE!” In another word, “REGULATE”. The Finnish food industry refused to reduce its products’ lethal salt content voluntarily, but complied when the government required all companies to reduce their levels. But we’d have to arrest the food industry lobbyists first to get such regulation through…

My final suggestions are “PICKET AND BOYCOTT!!” Perhaps we can pick them off one-by-one…With placards like this: 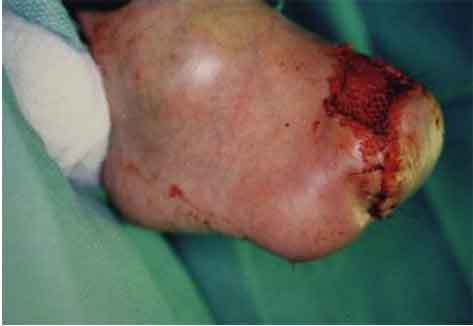 A transmetatarsal amputation, a method for long-term limb preservation for patients with diabetes.

As you may suspect, the above are not really my final words. I’ve spent years developing a foolproof three word antidote to our tragic addiction to lab-designed junk food: “AMINO ACID THERAPY”.

How about escaping the American diet altogether? Your options: