UNhooked: A Solution to Food Addiction 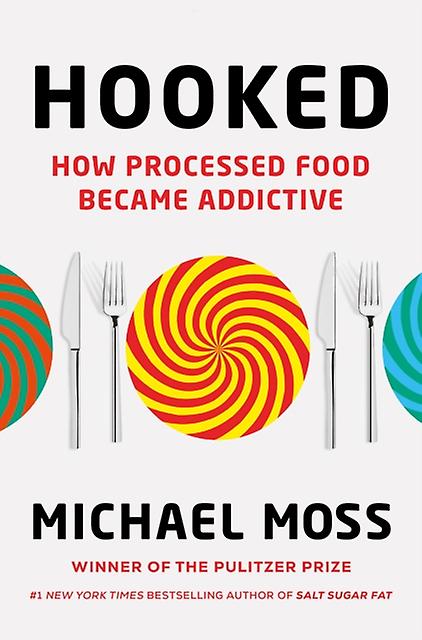 Any addiction recovery heroes anywhere? Yes.
One is a neuroscientist named Kenneth Blum, PhD. Blum helped discover the brain neurotransmitters that are the targets of most addictive substances including sugar, salt, and fat. His 1991 book Alcohol and the Addictive Brain reads like a detective novel. Blum then followed a trail toward addiction recovery so obvious that few other scientists ever considered it. He revisited one of the earliest discoveries of neuroscience; the brain’s use of a few specific nutrients to produce much of its most potent pleasure chemistry. It was, and still is, common knowledge among neuroscientists that our natural antidepressant (serotonin), our natural stimulants (dopamine, norepinephrine, and adrenalin), our natural tranquilizer (GABA), and our natural opiates (the endorphins) are made out of a few proteins called amino acids.

Blum and his colleagues published a series of studies between 1979 and 1997 showing that just two amino acids, given as a low dose supplement blend, rapidly and strongly reduced cravings for alcohol and cocaine. In the 1980s, he spoke about his studies’ results at addiction conferences all over the country. Some addiction treatment professionals listened when he reported reducing AWOL rates in a hospital-based cocaine-only treatment program from 40% to 4%. I was one of those willing to try anything that could better the results that we were getting with crack cocaine addicts at the time (100% relapse in 24 hours). My staff nutritionist and I soon saw for ourselves how beneficial these nutrients were with those addicted to alcohol or cocaine.

In 1997 Blum took on the most common and most deadly drug addiction of all: junk food addiction. He followed 125 post-Optifasters for two years. Half took a low potency blend of four amino acids. The other half took nothing. (No dietary counseling or support of any other kind was provided to either group.) The results: Dramatic reduction in craving, relapse, and weight regain among the amino-takers.

By this time, my clinic had been successfully using these same amino acids with our junk food-addicted overeaters for almost 10 years (since soon after I’d first heard Blum speak). Because my staff nutritionists could individualize the use of these inexpensive and fast-acting nutrients, we were using higher doses and getting even better results than Dr. Blum had with his amino blend. We’ve since successfully relieved over 5,000 clients of their food cravings. That means that they have easily abandoned their 60% nutrient-void, processed food diets, and eagerly adopted healthy diets. After 3-12 months, the amino supplements have no longer been needed. Dr. Blum later brought a film crew out to interview several of them.

Michael Moss briefly mentions another legendary nutritional scientist, Roger Williams, PhD. Williams actually discovered the amino acid glutamine. This amino has since been extensively studied and found to be enormously and widely therapeutic. One day, while strolling through his lab, Williams noticed that cells which were exposed to alcohol in petri dishes were severely distressed, but that they quickly revived when glutamine was added. Many alcoholics have benefitted from William’s subsequent advocacy of the use of glutamine to treat alcoholism. Glutamine was later found to relieve cravings for sugar and starch – just as effectively. This is at least partly because it regulates glucose (and insulin) function in the brain – something that refined carbs so violently dysregulate. (Dr. Blum included it in his post-Optifasters’ amino blend.)

Another pair of neuro-chemistry pioneers, MIT’s Richard and Judith Wurtman, documented the effects of a different amino acid, tryptophan, on sugar cravings: They (and others) found that it raised levels of serotonin (serotonin is actually made out of tryptophan) which is known to suppress sugar craving (as well as improve mood).

My most recent book, The Craving Cure, instructs readers on how to use glutamine, tryptophan, and three other amino acids themselves to UNhook their addicted brains and provide a happy ending to the greatest and grimmest story ever told.